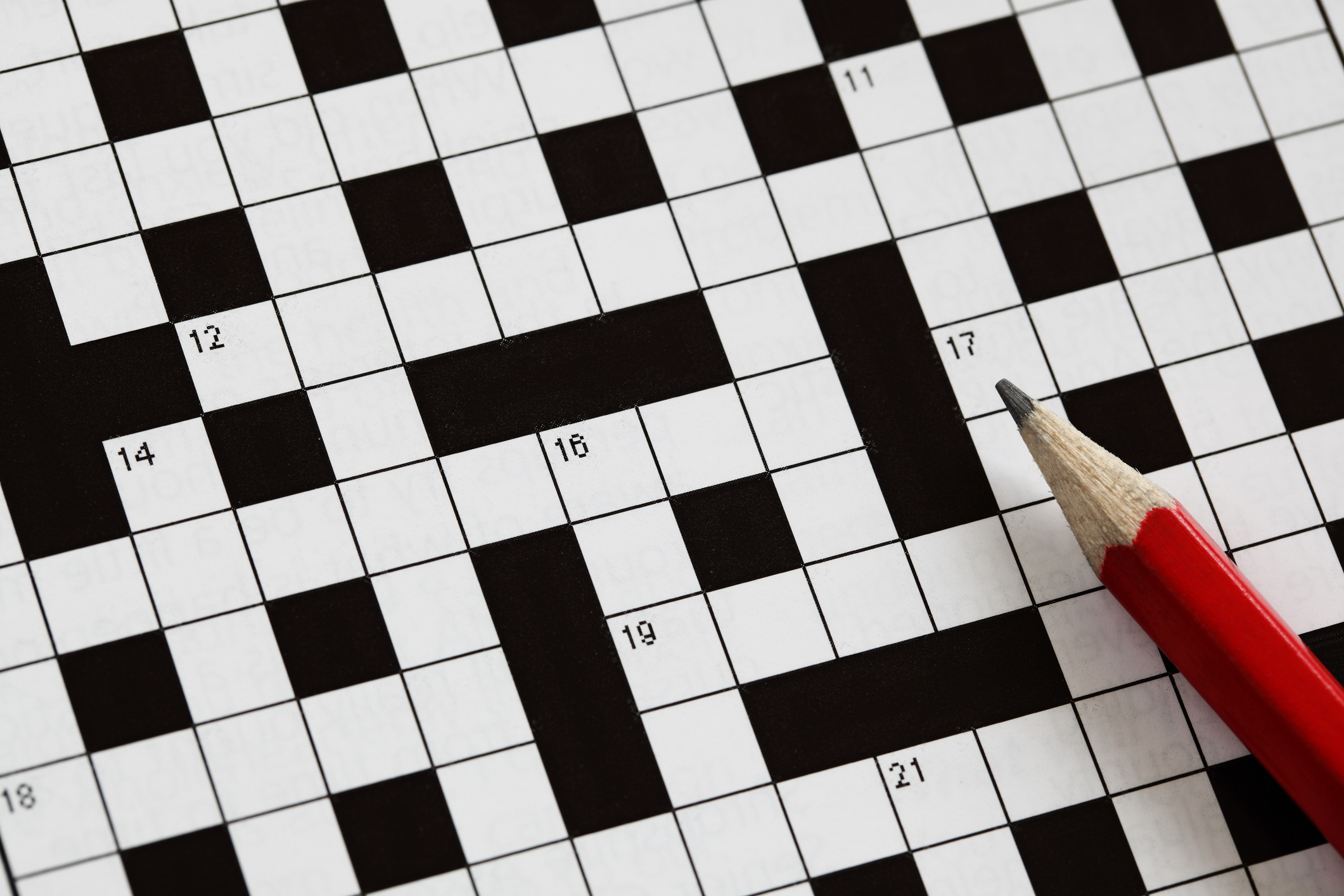 With the access digital media offers, readers no longer need to wait for the Sunday paper to enjoy their weekly crosswords.  This is great news for older adults striving to keep their brains sharp in older age – spending half an hour working on a crossword several times a week has been found by new research to boost cognitive function in seniors with mild cognitive impairment.

According to a recent Washington Post Brain Matters report, a new study published in the journal NEJM Evidence found that regularly working on a crossword puzzle may help slow the progression of mild cognitive impairment among older adults.   The research provides hope that by challenging the brain, seniors with a diagnosis of mild cognitive impairment can slow or prevent further decline that affects memory, language and decision-making.

The study, funded by the National Institute on Aging, recruited 107 adults between the ages of 55 and 95 with mild cognitive impairment.  During a 12-week period, participants were asked either to spend 30 minutes, 4 times a week on web-based brain games through Lumosity or attempt a digital crossword.  At 12 weeks the participants were assessed and given additional assignments of gameplay six more times during the 78-week study.

At the conclusion of the study, participants were evaluated using MRI scans to measure brain volume changes and with reports from friends and family on daily functioning.  In key areas, including cognitive decline scores, functional skills and brain volume changes, researchers were surprised to learn that regular crossword players ranked better than digital gamers.

The American Academy of Neurology estimates that MCI affects about 8 percent of people 65 to 69, 10 percent of people aged 70 to 74, 15 percent of people 75 to 79, 25 percent of seniors aged 80 to 84 and roughly 37 percent of elders 85 and older.   Researchers recommend that older adults with mild cognitive impairment keep their brains sharp with regular, moderately-difficult crossword puzzles.

Although the study has its limitations, and participants may have responded better to crosswords than online brain games because of familiarity, the research is encouraging.  More study is needed to evaluate which interventions are most effective in helping to prevent cognitive decline from progressing to dementia.

Need a gift idea for an older adult in your life who doesn’t want any more “things”?  A New York Times Games digital subscription is $40 for one year and provides unlimited access to The Crossword, Spelling Bee, and includes an archive of more than 10,000 crosswords.  For free online crosswords and games, visit Everything Zoomer.