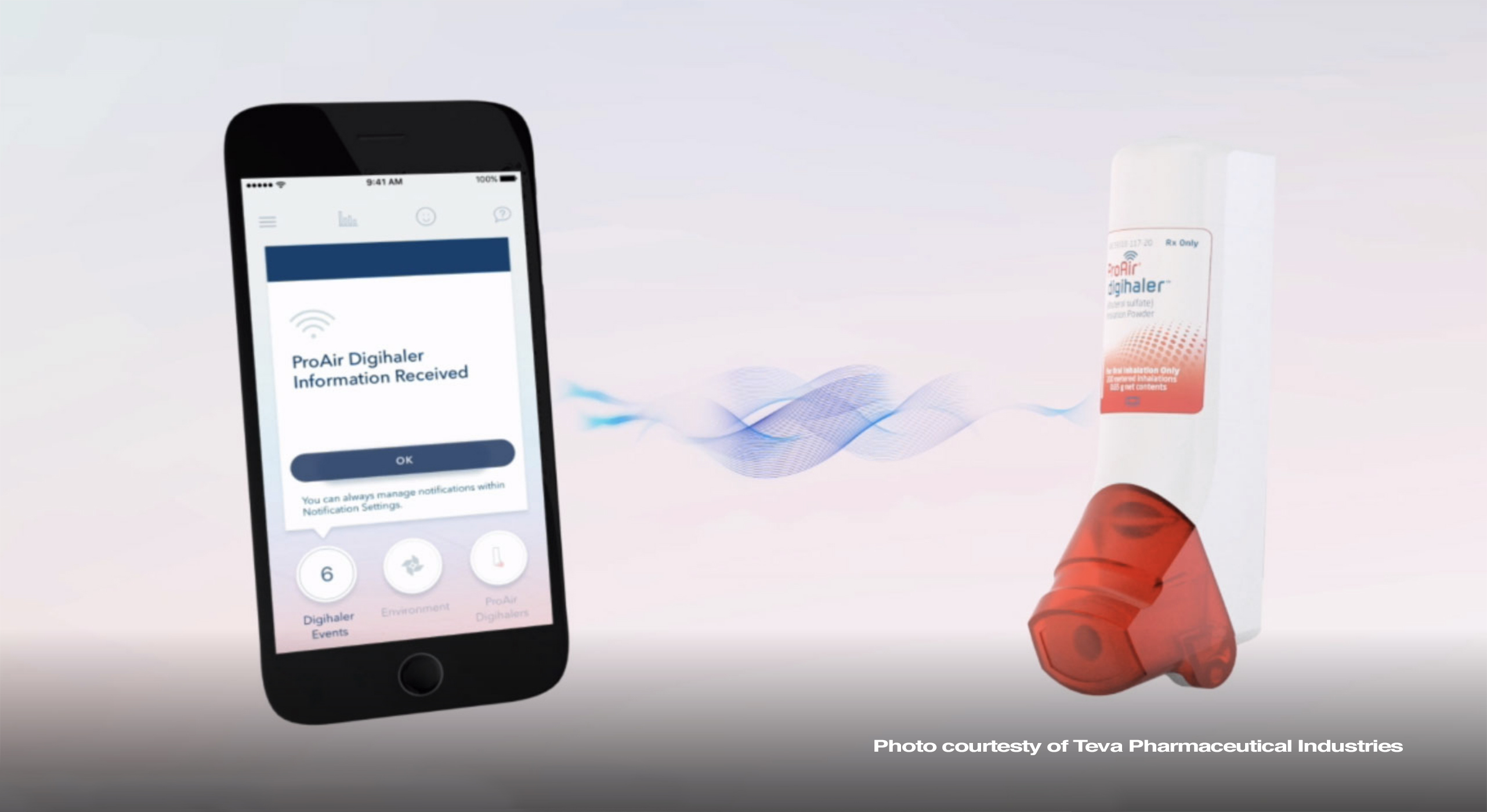 Chronic Pulmonary Disease(COPD) is a common illness among older adults, especially for smokers.  The Centers for Disease Control and Prevention estimates that COPD affects 16 million Americans and many more have not been diagnosed or treated for this condition that causes airflow blockage and breathing-related problems.  And misuse of medication by patients that may worsen symptoms, has been difficult for prescribing doctors to track, until recently.

An estimated 70 to 90 percent of patients misuse their inhalers to control their chronic COPD or asthma, sometimes not getting enough medicine into airways or overusing inhalers.  But a new digital rescue inhaler that recently won FDA approval will connect with a smartphone app allowing patients and their doctors to more closely track inhaler use and better manage chronic breathing problems.   The inhaler, made by Teva Pharmaceutical Industries, contains built-in sensors that detect when the device is used and measure inspiratory flow, sending the data to the companion mobile app.

Symptoms of COPD include a chronic cough, breathlessness, increased mucus production, wheezing and an increased risk developing heart disease, lung cancer and other conditions.  The disease can also cause more frequent respiratory infections, low energy, tightness in the chest and swelling in the feet or legs.  Long-term exposure to and chemicals in the workplace can also contribute to developing COPD in older age.

Besides quitting smoking, there are medications that can be used to treat COPD, usually delivered through an inhaler to relax the muscles around the airways to help relieve symptoms.  Patients with more severe COPD may also be prescribed oxygen therapy or pulmonary rehabilitation.

The ProAir Digihaler will be available this year in small numbers as part of an early trial program to gather patient experience.  A national launch is planned for 2020.