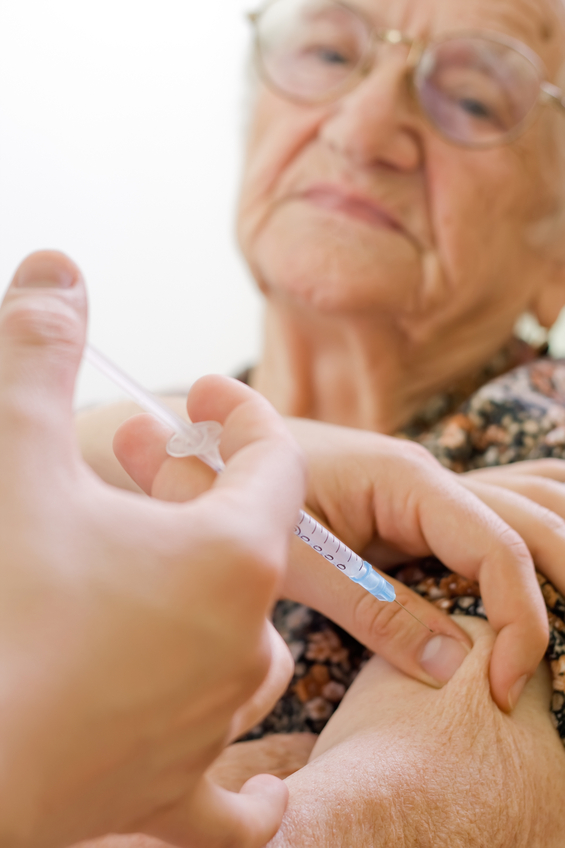 The weather has shifted and there is no denying that cold and flu season has begun making it’s presence felt, in schools and workplaces, nursing homes and hospitals. Although healthcare workers are getting vaccinated in record numbers, everyone older than 6 months, especially those over 65, should get vaccinated against influenza each year.

More than three quarters of people hospitalized during flu season in 2014-2015 were over the age of 65, yet a third of this age group did not get vaccinated. Seniors are more likely to suffer complications from influenza resulting in hospitalization and death, according to a news release from the Centers For Disease Control and Prevention. But by increasing the number of individuals who receive vaccinations by 5 per cent, 800,000 illnesses and 10,000 hospitalizations could be prevented.

The CDC recommends getting a flu shot by end of October and discussing with your health care provider which of the three choices of the vaccine is recommended. Although LAIV4 is still a licensed vaccine, due to the nasal spray’s low effectiveness in preventing the flu over the past two seasons, it is not recommended for use this year.

As well as receiving the flu shot every year, the CDC also recommends prescribing antiviral drugs for very ill patients with the flu or those who are more likely to have serious complications such as the elderly.

Although there have been some recent studies that suggest skipping the influenza vaccine a year could improve the body’s immune system, CDC director Tom Frieden stands firmly behind the advice to vaccinate annually.

For more information about the 2016-2017 Flu Season, visit the CDC website at http://www.cdc.gov/flu/about/season/current.htm .