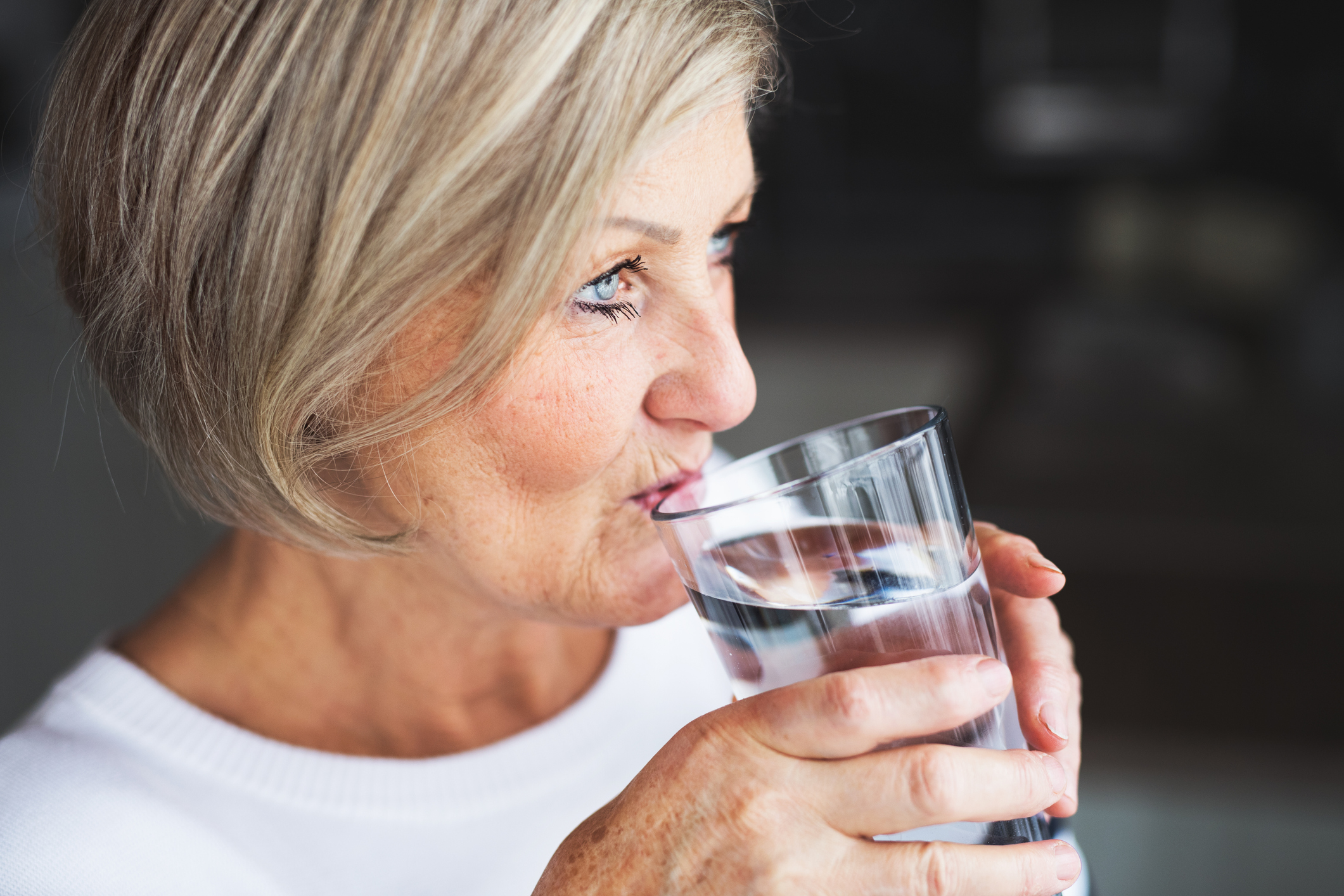 During the last steamy days of August, it’s important for people, especially older adults to stay well hydrated to prevent heat stress.  Because older adults adjust more slowly to heat, they are more vulnerable to heat-related illness – some prescription medications can also increase the risk for heat injury.  But making sure to hydrate year-round can also help lower the risk of heart failure, slowing down changes within the heart.

According to a recent Healthing report, a new study suggests that by drinking the recommended fluids in middle age, changes in the heart that lead to heart failure can be prevented or slowed.  The study, from the National Heart, Lung, and Blood Institute at the National Institutes of Health, Bethesda, U.S. highlights the importance of paying attention to the amount of water we consume each day.

When people drink less than the recommended amount of water, their serum sodium increases in concentration triggering the body to begin to conserve water – a process that increases the risk of heart failure.   Researchers found that study participants who had a higher serum sodium concentration in middle age were at significantly higher risk later in life for heart failure and left ventricular hypertrophy; a thickening of the heart’s left ventricle that often precedes heart failure.

The large, 25-year study, of 15,792 adults recruited between the ages of 44 and 66 at the outset, assed participants at five separate points until they were between the ages of 70 and 90.  Even after accounting for other factors that affect heart health including age, blood pressure, kidney function, blood cholesterol, blood glucose, body mass index, sex, and smoking status, the results strongly suggest that good hydration throughout life may decrease the risk of adverse heart events in older age.

By measuring sodium levels in lab tests during regular physical exams, doctors could identify people who may need to assess their fluid intake.  Staying well-hydrated can help prevent dehydration among older adults who may not feel thirsty or realize they are not drinking enough fluids.  Dehydration is a common cause of hospitalization among elderly people and can lead to difficulty walking, confusion, a rapid heart rate, and other serious symptoms.  Be sure to hydrate by sipping water throughout the day, consume foods with a high water content, or to mix it up – try decaffeinated unsweetened ice tea.  But watch out for caffeinated or sugary drinks as they can lead to other health problems.