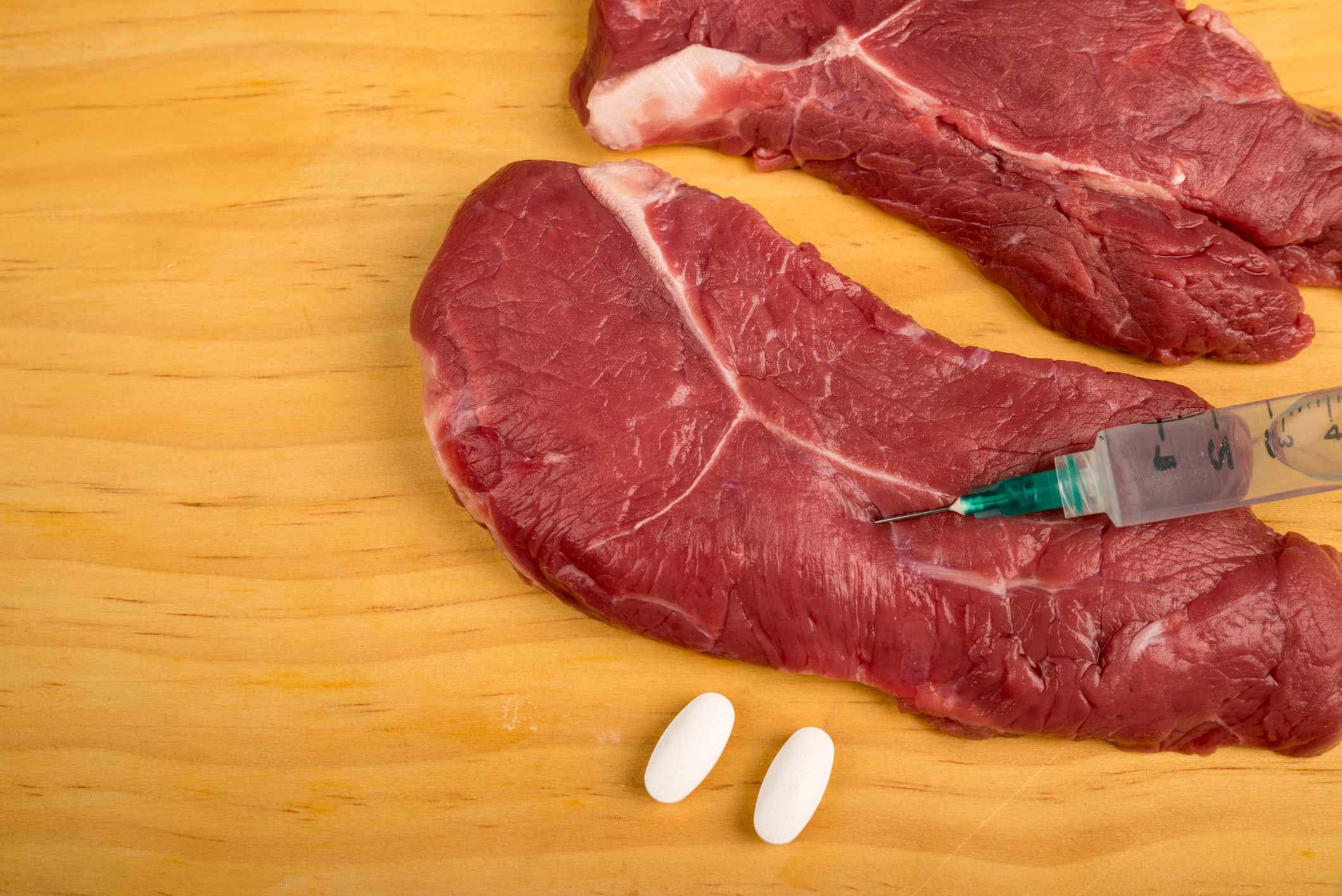 Before you throw a steak on the grill this summer, you may want to check how the meat was raised. It has been well established that when humans take antibiotics to treat illness, the medicine can also disrupt “good” gut bacteria which helps us digest foods and process fats.  But not all antibiotics are ingested knowingly; with antibiotic overuse in pigs, poultry and cattle, the drug may be finding it’s way into our food.  And in some cases, drug resistant bacteria can also be transferred to humans through raw or undercooked meat.

Although the Food and Drug Administration tightened up rules about the use of human antibiotics to promote growth in animals last year, there are still loopholes for farmers to use antibiotics in feed to prevent illness.  Animals treated with antibiotics grow fatter faster, allowing them to be ready for market sooner.

According to a recent New York Times Opinion column, studies have also connected the disruption in our gut microbiome with a rise in the incidence of obesity, diabetes, asthma and allergies and has been linked with Alzheimer’s and Parkinson’s disease.  A  2017 Swedish study found that the composition of gut bacteria can accelerate the progression of Alzheimer’s in mice.   The research holds exciting potential for the treatment and prevention of the disease.

With a rapidly aging population, by 2030 as many as 1 in 5 Americans will be over the age of 65.  According to the Harvard NeuroDiscovery Center, if better treatments and cures are not found quickly, it is estimated that in 30 years more than 12 million Americans will suffer from neurodegenerative diseases.

As our understanding of how medications affect human gut microbes improves, researchers could find ways to use bacteria to help manage blood sugar, control weight or prevent chronic disease.  Read more about gut bacteria as medicine by following this link to Popular Science magazine’s Health section.