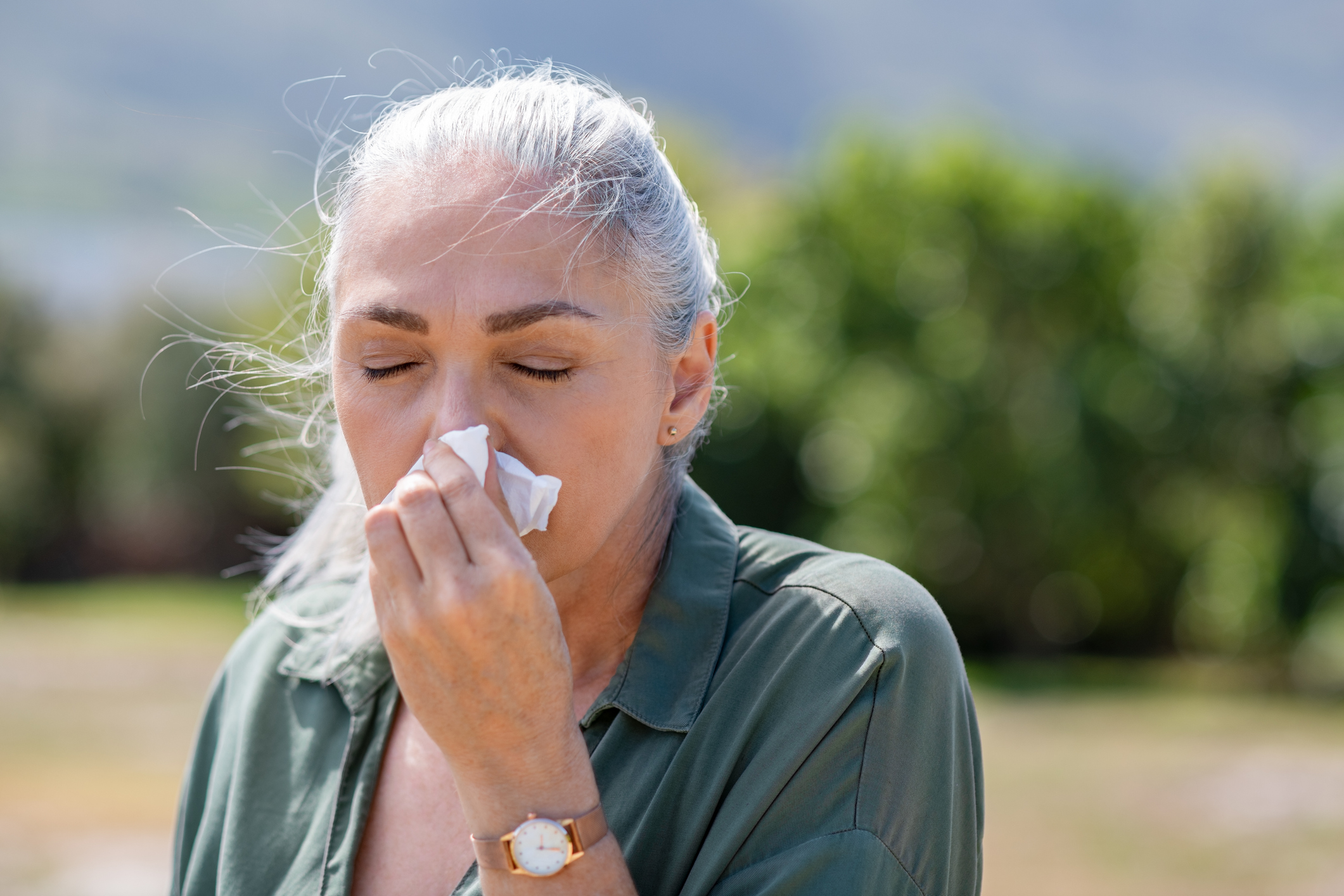 Suddenly it’s September and a familiar morning chill ushers in a favorite season for many.  But along with pumpkin spice, vibrant colors, and tailgates, autumn can also bring on itchy eyes, nose, and throat, sneezing, and a stuffy or runny nose thanks to ragweed pollen at its peak.  Women in menopause may experience worsening symptoms due to hormone changes that can contribute to new or increased sensitivity to allergens.

Fluctuating hormones during menopause lead to an estrogen dominance that may create a histamine imbalance increasing the severity of allergies or an allergic reaction to something new.  According to a recent Prime Woman Health report, this imbalance can cause common allergic reactions, and may also affect the digestive system, respiratory system, muscles, heart, and brain.  Talk with your doctor about your symptoms to better understand what’s happening in your body; an elimination diet or blood test may help to determine triggers.

Ragweed, which releases pollen in the late summer and early autumn affects about 15 percent of Americans and can also cause asthma symptoms in people with allergic asthma.  The season can last between 6 and 10 weeks until temperatures drop below 50 degrees in the morning.  Because pollen counts are highest just after dawn, waiting an hour or two before spending time outdoors can help reduce exposure and symptoms.

In addition to shifting your time spent outdoors to the afternoon or evenings, allergy sufferers can also help keep symptoms at bay by showering in the evening after being outside, taking off outdoor clothing and shoes when coming inside, and using air conditioning with an allergy-friendly air filter during peak season.  Drinking more water, and avoiding caffeine and alcohol can also help minimize allergic symptoms.

An allergist may also suggest avoiding foods that can trigger the release of histamines including alcohol, certain fruits, tomatoes, beans, chocolate, nuts, and food dyes or additives.  A temporary low histamine diet may also be helpful in controlling allergy symptoms.  A low or histamine-free diet avoids aged, very ripe, fermented, or soured foods.