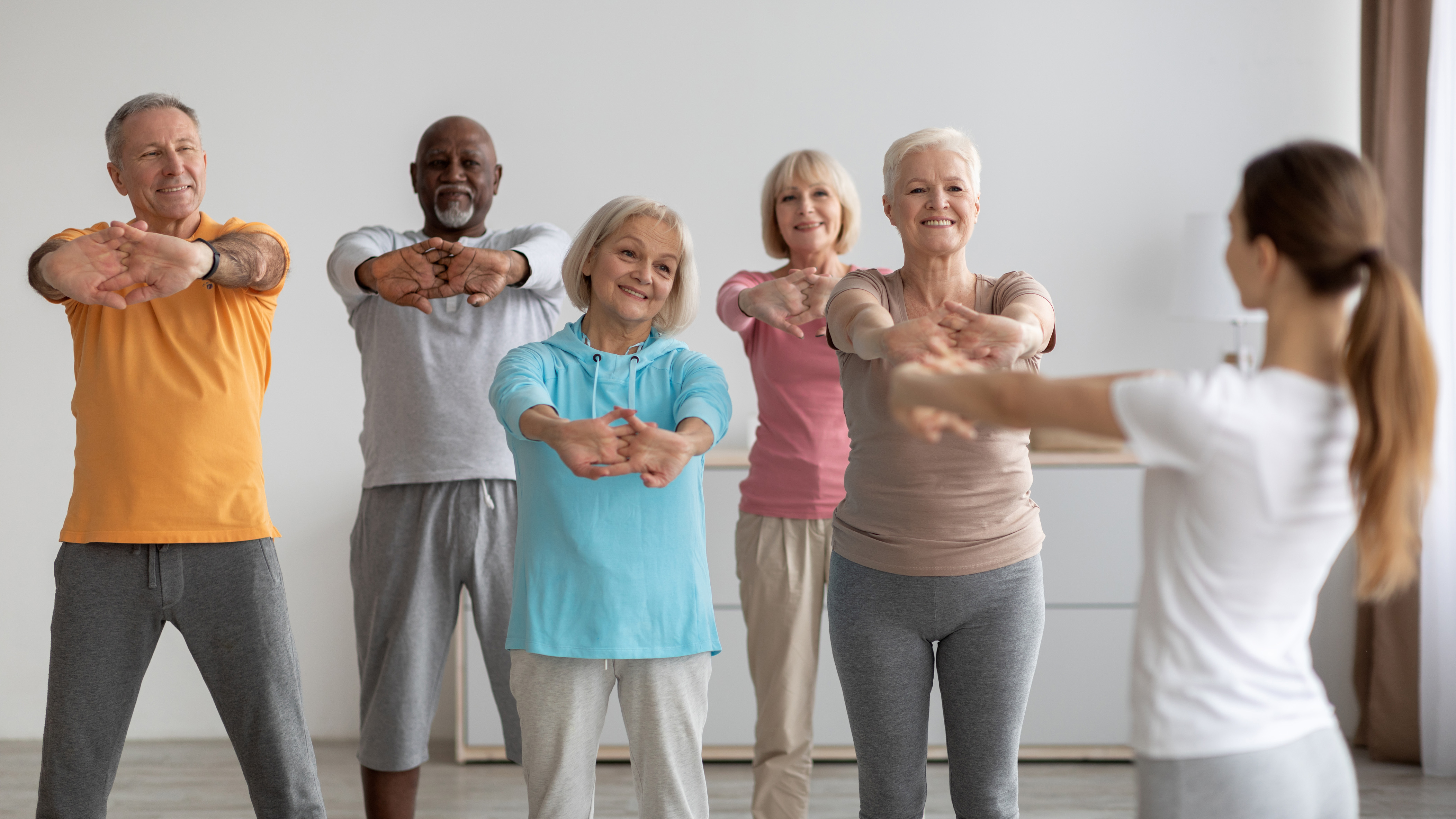 Mild cognitive impairment can sneak up on older adults and their health care providers, especially among seniors who live alone and are sedentary.  These subtle cognitive changes are not a normal part of the aging process, however, MCI affects about 12 to 18 percent of people over the age of 60.  Newer research suggests that failing a successful drug trial to treat or prevent the progression of the condition, lifestyle changes including even moderate exercise can help stave off rapid decline.

According to the American Alzheimer’s Association, people with MCI may have a higher risk of developing dementia.  About a third of people diagnosed with MCI develop Alzheimer’s dementia within five years.  The risk factors for MCI include advanced age, genetic predisposition, diabetes, smoking, high blood pressure, high cholesterol, obesity, depression, social isolation, and a sedentary lifestyle.

A new study of 296 sedentary older adults with MCI divided participants into two exercise groups; one half engaged in aerobic exercise and the remaining were assigned stretching and balances activities that only modestly raised their heart rate.  Trainers kept participants on track throughout the year-long study, initially meeting with them in person at YMCA gyms and during lockdowns, through regular video calls.

According to a recent Associated Press Health and Science Department report, at the end of the study, cognitive testing revealed that neither group had deteriorated and brain scans showed no signs of shrinkage associated with worsening memory problems.  In other long-term studies, similar MCI patients experienced significant cognitive decline over a year without the intervention of regular exercise.

The findings demonstrate that maintaining a regular exercise habit offers many health benefits, including cognitive well-being in older age.  The regular interaction with physical trainers also helped older adults stay motivated and provided a much-needed social connection for isolated seniors during the height of the COVID-19 pandemic which may have also contributed to the brain fitness of participants.

Not sure how to get started moving more?  Try to walk for 30 to 45 minutes four times a week and in between participate in stretching, balance, and strengthening exercises.  Start off slowly and gradually increase intensity.  Enlisting a friend or family member to join you can help older adults stick to a program and encourage more social interaction.   Working with a personal trainer can also help provide motivation and instruct seniors on proper techniques to avoid injury.   As always, talk with your doctor first before starting any new exercise program.