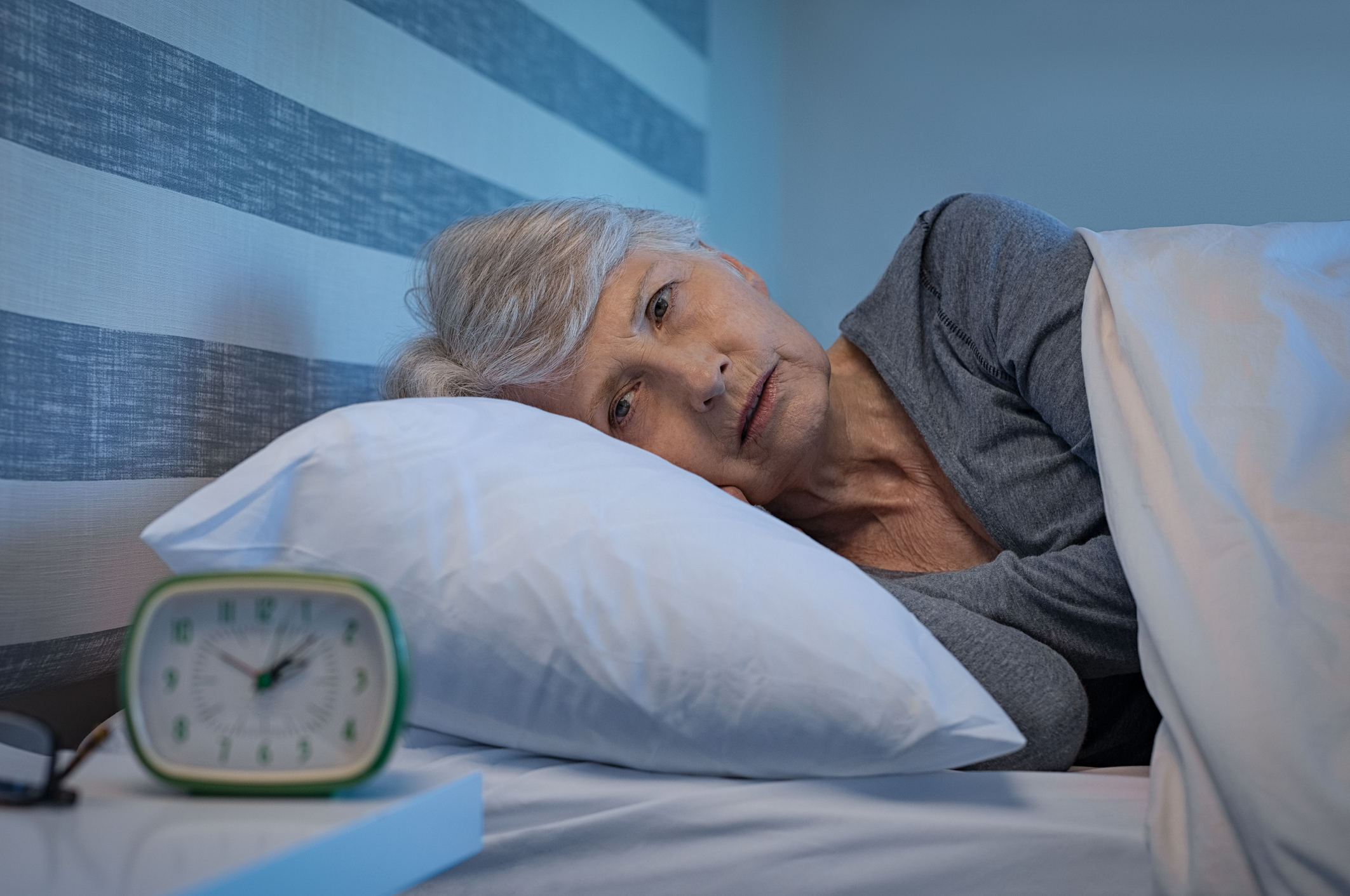 The daylight hours are quickly shortening and waking up while it’s still dark outside makes it harder to crawl out of bed. If this sounds familiar, you are not alone, many people struggle to get adequate sleep.  Middle-aged and older adults often find that a good night’s rest has become elusive but sleep problems may be an early predictor of Alzheimer’s disease according to the results of the Berkeley Aging Cohort Study.

A recent National Institute on Aging report explains how changes in sleep quality and duration among healthy middle-aged adults could be linked with changes in the brain associated with Alzheimer’s.  Of the 101 older adults studied, researchers found that participants who reported shorter sleep in their 50s, 60s or 70s had significantly more beta-amyloid levels in the brain later in life than those whose did not experience sleep disturbances or a shortening of sleep.

Thirty one of the study participants underwent an electroencephalogram (EEG) sleep assessment which found that those who had fewer slow brain waves during deep sleep also had increased amyloid levels and increased tau proteins in the medial temporal lobe.  This area of the brain is associated with long-term memory.

Although it’s not clear from this study if changes in sleep cause changes in the brain or if it’s the other way around but the finding of the study could lead to an inexpensive and noninvasive means of predicting the risk for developing Alzheimer’s.  Researchers also believe that treating sleep issues during middle age might help slow down changes in the brain associated with A.D.

Larger scale studies could help researchers learn more about how sleep problems may be related to the development of Alzheimer’s disease, which affects an estimated 5.8 million Americans and 50 million people worldwide.

Learn the 10 early signs and symptoms of Alzheimer’s by following this link to the American Alzheimer’s Association website.   Read about ways to improve sleep quality as you age here.