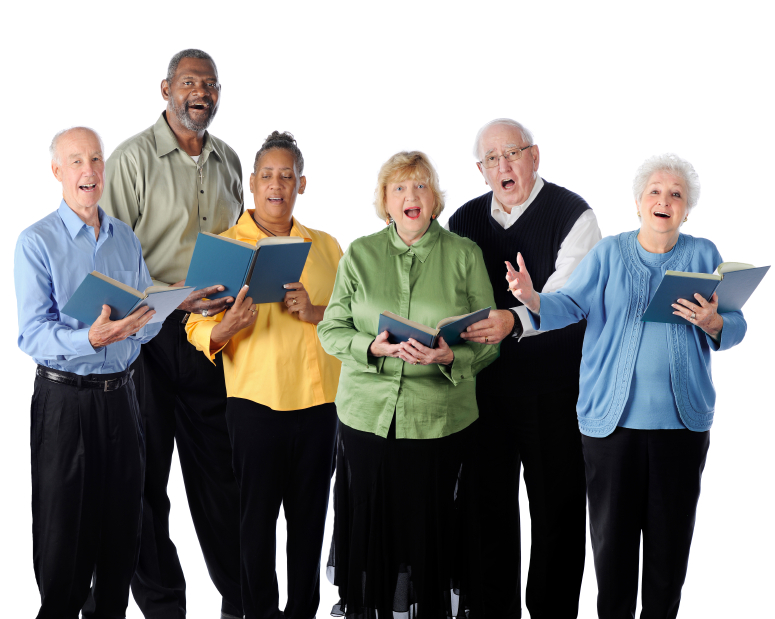 Music has been shown to help people who suffer from neurological disorders such as Alzheimer’s Disease, Dementia and Parkinson’s Disease connect with others and spark long-forgotten memories locked away in the mind.  New research is now finding that singing can help people with limited facial movement regain some of their ability to mirror expressions, a key aspect in reading one another’s emotions.

A recent study of a 28 member Parkinson’s choir found that participants who sang regularly for a period of 13 weeks regained some of their ability to modulate voice and mimic facial expressions.   Researchers at Ryerson University’s SMARTlab have collaborated with the Royal Conservatory of Music to develop this program which helps people with Parkinson’s improve their ability to control facial expressions, vocal strength and read emotions.

Parkinson’s is a disease most commonly diagnosed in people over 60 which not only affects movement but may also interfere with social interaction.  According to Statistic’s Canada’s Health Report, many people with Parkinson’s are embarrassed by the condition and feel left out.  Activities such as singing or dancing can help older adults with Parkinson’s regain the ability to participate socially, a vital part of maintaining overall well-being.

To learn more about the Parkinson’ Choir, visit http://smartlaboratory.org/our-choirs/parkinsons-choir/.