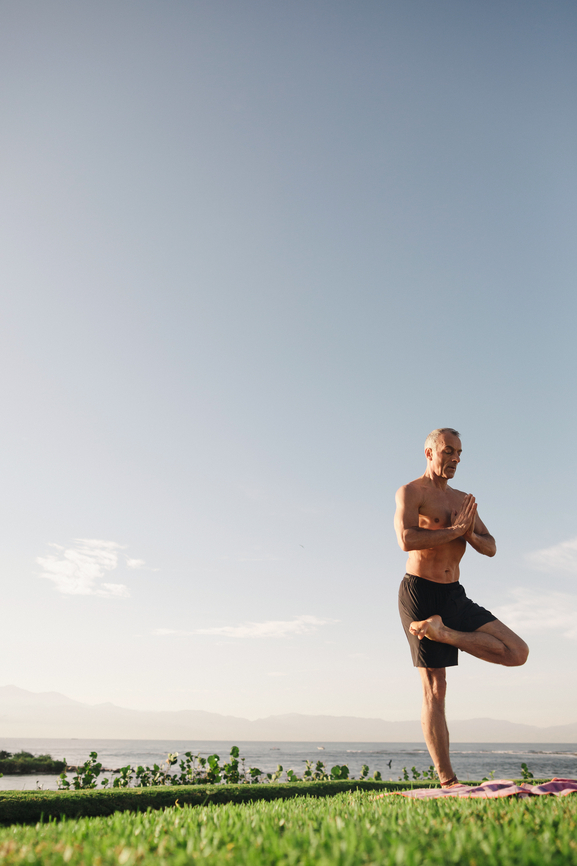 Tai Chi is often mentioned as an exercise regimen that could be used quite effectively by seniors. Let’s explore it a bit further. Simply put, Tai Chi involves a series of movements that some have described as moving yoga. The movements are purposeful and are performed slowly and smoothly. According to ancient Chinese philosophy and medicine, the chi is the force that animates the body. The circulation of the chi, through these movements, supports good health. Focusing on the slow, methodical movements is said to calm the mind as well, providing further benefit in what becomes a very meditative state. With its roots in martial arts as well as healing practices, Tai Chi movements are designed to push negative energy away to a place where it won’t be harmful while gathering positive energy toward the practitioner. The regular practice of Tai Chi has been shown to improve balance, increase lower body and limb strength, increase flexibility and assist with mitigating symptoms associated with arthritis and back pain among other ailments. It has also been suggested that a small but meaningful drop in blood pressure may result.

Many fitness groups incorporate Tai Chi into their offerings these days however the beauty of the practice is that it requires no equipment or special clothing. An open area either indoors or outdoors is all that is necessary. Grab a book or video from your local library to learn a few movements, gather some friends together and you’re in business!

Check out this video clip from The Doctors for a bit of information: