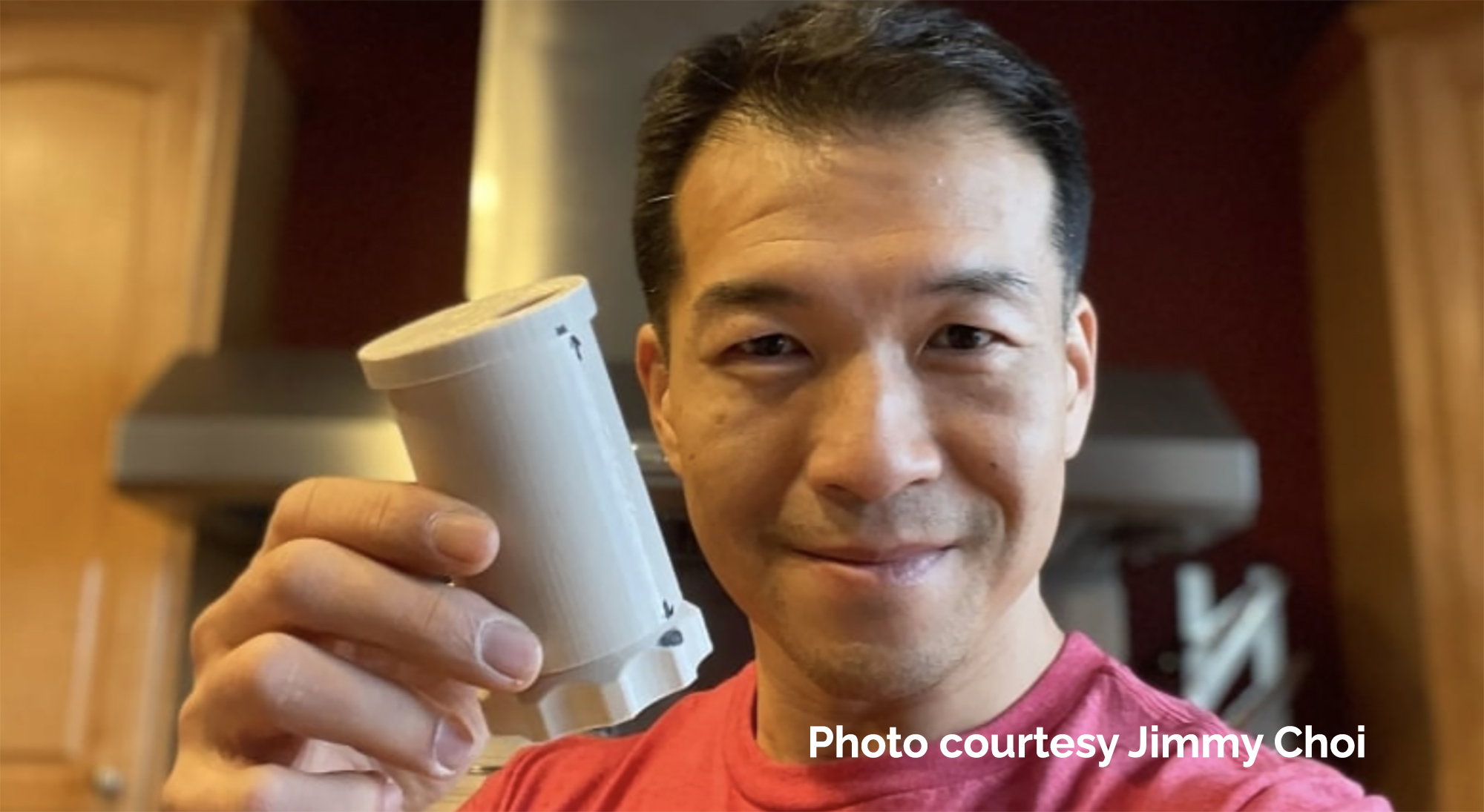 As many older adults can attest to, there are some daily tasks that due to aging or health conditions can make independent living a challenge.  Medication management is an area that is often one of the first struggles that people with health problems like Arthritis, Multiple Sclerosis, or Parkinson’s face in their everyday life.  But in answer to this obstacle, Tik Tok users recently brainstormed together to help design a better, more accessible pill bottle for people living with Parkinson’s.

According to a recent CBC As It Happens report, athlete Jimmy Choi, who is known for posting his physical feats on social media, called upon his viewers to help people like himself with Parkinson’s Disease more easily navigate their daily lives.  Choi demonstrates in his videos the struggle he faces to get dressed each day and to take his medication that helps control tremors from the neurological disorder.

Out of this community of viewers came a 3D-printed prototype for a more accessible pill bottle designed by videographer Brian Alldridge.   The innovative bottle design allows users to turn a chunky knob at the base of the bottle which delivers a single pill that can be popped directly into the mouth.   By posting the design online, other viewers were able to print the bottle and take it for a test drive and it did work.

With the help of engineer David Exler, the design was perfected and 50 units of the 5th version of the bottle are now available for anyone who need one, free of charge in exchange for a $5 donation to the Michael J. Fox Foundation for Parkinson’s research.  Alldridge is working with a patent attorney to make sure the design remains an open source for tinkerers who are interested in improving the design.   Plans are underway to manufacture the bottle for the public with any proceeds going to non-profit organizations.