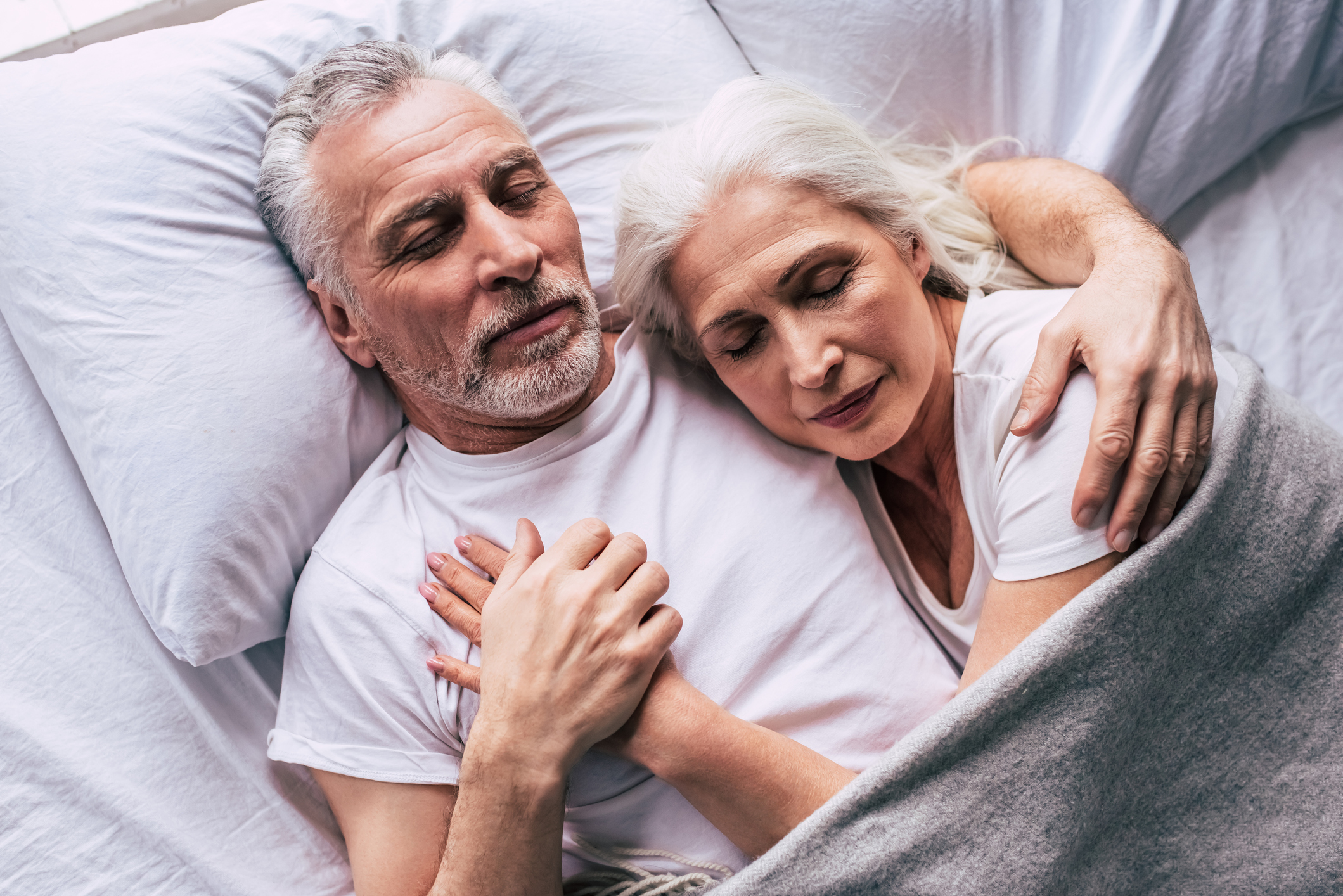 Cooler Autumn temperatures may mean better sleep for people who tend to overheat at night – tossing and turning trying to get comfortable and fall back into some restorative rest.  Recent studies have found that although disrupted sleep is common in older age, changes in sleep duration are associated with worsening cognitive and cardiovascular health.  Too much sleep or too little sleep is linked with weight gain, cognitive decline, and more depressive symptoms among older adults.

According to a new study, published in JAMA Neurology, sleeping less than 6 hours per night or more than 9 hours is associated with “distinct deficits” in cognitive performance, a greater body mass index, and increased daytime napping.  Sleep disruption among seniors may also be linked with early Alzheimer’s Disease (AD) pathology – specifically the accumulation of amyloid plaques, a hallmark of AD.

The large study of 4,417 older adults with normal cognition, ranging in age from 65 to 85 years, included participants from 67 sites in the United States, Canada, Australia, and Japan.  Using a PET (positron emission tomography) scan, amyloid levels were measured and compared with sleep duration.

Study participants who self-reported less than 6 hours of sleep per night demonstrated a higher amyloid burden and reduced cognition, especially in memory test scores.   People who reported both short and long sleep durations had a higher body mass index when compared with those who reported normal sleep.  Sleeping longer was also associated with overall worse cognitive performance.

Taking care to establish good sleep habits, and aiming for 7 to 8 hours of quality sleep is important to protect overall health and cognition in older age.  Spending time outdoors in natural sunlight, eating a nutritious diet, exercising, and establishing a calming nighttime routine can help support restful sleep.  Avoid caffeine later in the day, too much daytime napping, and excess alcohol use – stick to no more than one glass per day for women and two for men.  Turning off devices an hour before bedtime and unwinding with a warm bath, relaxing music, or a good book and sleeping in a quiet, cool and dark bedroom can also help with getting a solid 8 hours of sleep.