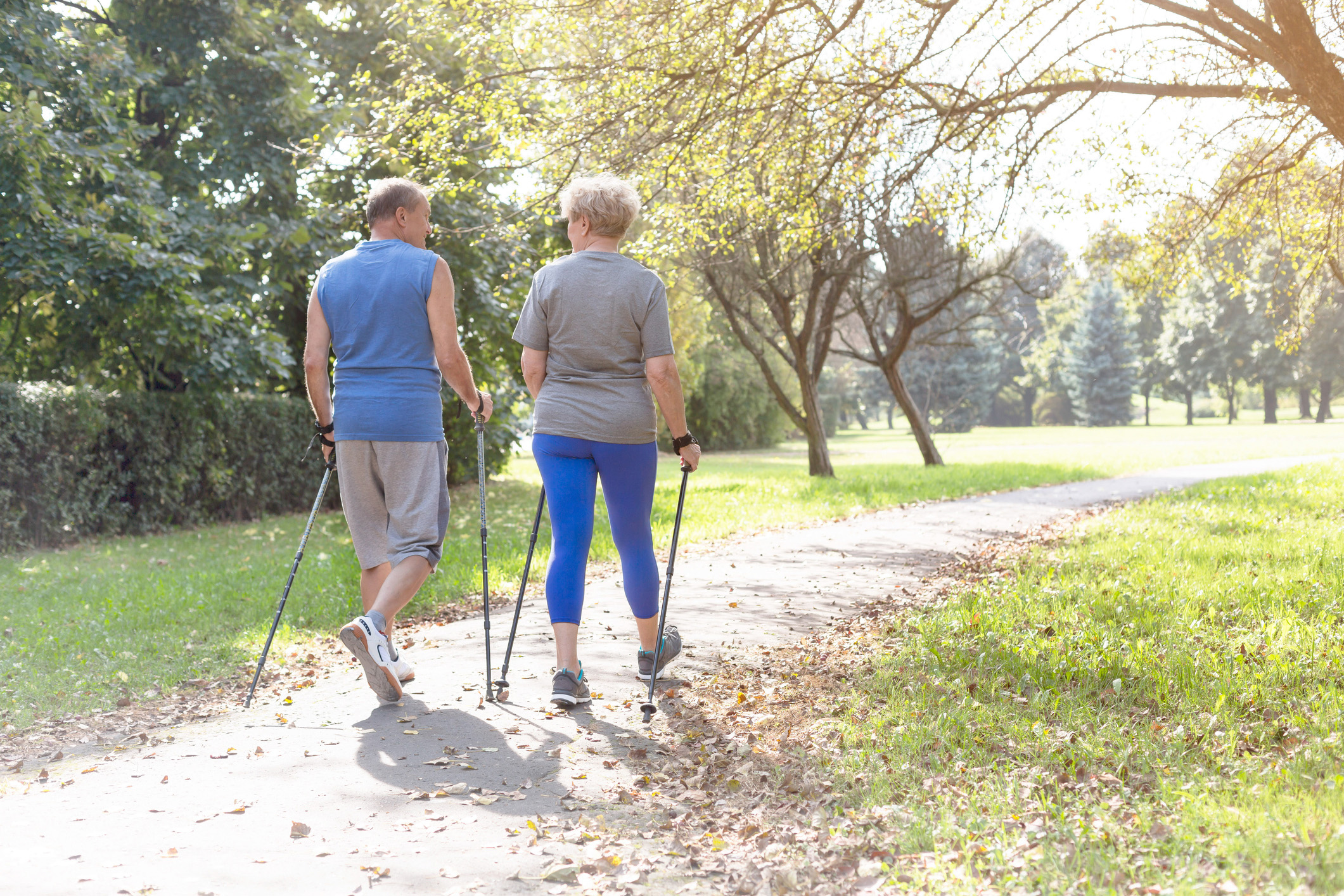 We all want to age well and the foundation for a successful older age is laid in the middle years when healthy or unhealthy habits can make all the difference in how physically and cognitively active we remain.  A new study links physical and brain health with walking speed at age 45. By screening younger adult’s gait speed, health care professionals can predict future disease, disability and death earlier when lifestyle changes can make the most impact.

According to the National Institute on Aging, a Duke University study found that participants who had a slower gait speed also had more physical limitations, weaker hand-grip strength and more trouble getting up from a seated position.  Even their faces were rated as aging faster than peers who had a faster walking speed.

More than 1,000 study participants, born between 1972 and 1973, were evaluated at ages 26, 32, 38 and 45 to assess how they aged over time using data from biomarkers including body mass index, blood pressure, cholesterol levels, gum health and cardiorespiratory fitness.  At age 45, researchers measured cognitive function and participants had their brains imaged with an MRI scan.  Participants’ cognitive function was first measured at age 3.

Participants who had a slower walking speed also had smaller brains, a thinner cortex (associated with processing information) and more white matter, which is a sign of vascular disease and is a risk factor for dementia and stroke.  Those who demonstrated a slower gait speed also performed worse on tests of reasoning, processing speed and memory.

Interestingly, the study participants who walked more slowly at 45 also performed worse on cognitive tests at the age of 3.  Researchers suggest that factors including diet and genetics may have also influenced brain health later in life.  The study concludes that adult walking speed is not only an indicator of physical function in older age, it is also associated with lifelong brain health and physical health in middle age.

Today’s takeaway?  Before settling into a Sunday game or movie, get out for a walk or hop on the treadmill and try to push yourself at intervals to get the heart pumping and the muscles warm.  Your older self will thank you.