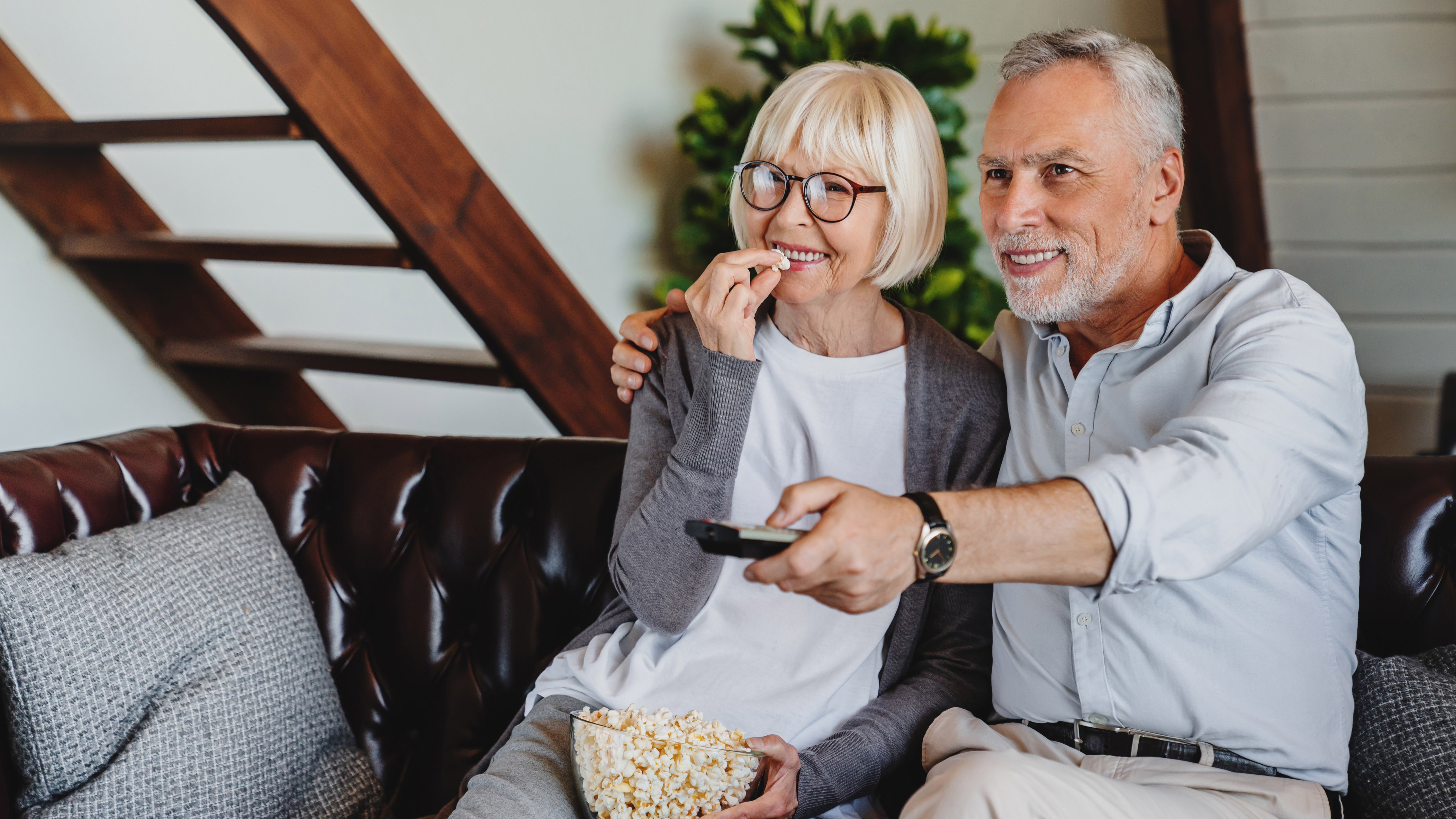 While the weather is fair, getting outdoors for some exercise and a dose of natural beauty helps combat the strain of staying home while a coronavirus vaccine is widely distributed.  But sometimes Mother Nature has other ideas and after cooking, cleaning, and taking the treadmill for a spin, there is plenty of time left to check out what’s new on television this month.

Older film, music, and television stars are making more appearances of late.  Dolly Parton is everywhere, and her Netflix series Heartstrings is a welcome escape into the stories behind some of her most popular songs.   Look carefully for appearances by Kathleen Turner, Delta Burke, and Gerald McRaney.

Splurged on HBO Max for the long winter ahead?  Check out Meryl Streep alongside Candice Bergen and Dianne Wiest in Let Them Talk.  The Soderbergh film follows a reunion of old friends, now in their 70s, taking a week-long crossing aboard the Queen Mary 2. Acclaimed novelist Alice (played by Streep) is invited to accept a literary award in the U.K. but being unable to fly, arranges for her college friends to join her on the journey.  The filming for the movie took place over the course of an actual two-week trip across the pond on the QM2 and these iconic actresses are a pleasure to watch in action.

If you are looking for something light and entertaining, ambient television that doesn’t take much concentration to follow can be comforting.  There is no shortage of holiday movies that can play in the background while knitting, cooking, decorating, or wrapping some gifts.  Hallmark and Lifetime have always cornered the holiday movie market and this season won’t disappoint.

A last recommendation if you are a fan of Dr. Seuss and The Grinch. It may be best stick to the original 1966 Boris Karloff cartoon version of How the Grinch Stole Christmas.  The live-action 2020 Grinch Musical, recently aired on NBC, may make viewers uncomfortable with it’s over-the-top campiness and sexual overtones.  According to reviews on Twitter,  in this version “The Grinch doesn’t need to steal Christmas; NBC’s musical was bad enough to ruin it”.

Happy viewing!   There will be an end to quarantine. In the meantime, stay connected and stay safe.