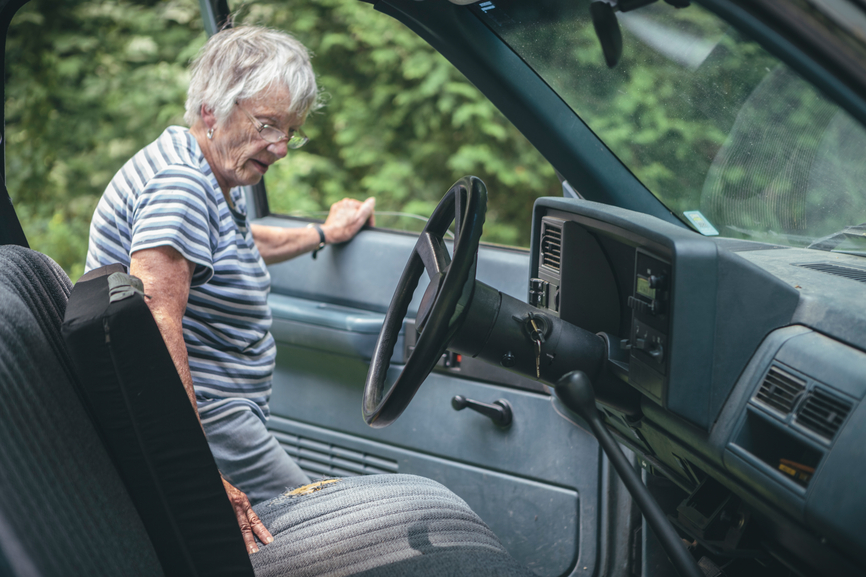 As a boomer, discussion of the driving ability of senior citizens amongst my friends goes something like this:

“My mother shouldn’t be driving anymore but she keeps passing these incredibly easy tests and getting relicensed,” says the first person. “Besides, she can always suck it up for an hour or two and seem like the most alert person on the planet!”

“I know!” says the next person. “My father is the same way. He has peripheral neuropathy and can’t feel his feet but he’s still allowed to drive.”

“My mother can’t turn her head to look properly so she takes a chance every time she backs out of her driveway,” says the third person.

The first person addresses a common issue by saying, “If I take her car away, I’m the bad guy. My sister and brother don’t agree with me and the doctor won’t do anything. I feel so helpless.”

Everyone goes on to agree that they are haunted by the potential their parent’s diminished driving ability and reaction time has to affect another family’s life or earning potential should a car crash occur. Mentioning this to their parent generally elicits a thoughtful moment but the resolve that this is likely to happen to someone else but not them as they still feel able to drive. The discussion ends with much head shaking and a feeling of overwhelming frustration.

The discussion among seniors is very different, as noted in this CBC News article. They don’t feel they’ve changed that much as they’ve aged, they fear the loss of their independence, they don’t want to bother busy family members or, in some cases, family just isn’t geographically handy for common chores like grocery shopping or doctor appointments. Some think the world moves too fast anyway and everyone ought to slow down.

Various discussions are underway at government levels around degraduated licensing and testing requirement policy changes. While physicians are required to report any conditions that make a senior unfit to operate a motor vehicle, organizations like CanDrive point out that the tools given to physicians to make their determinations are limited. CanDrive, a multidisciplinary research group, is also concerned that a blanket policy applied to drivers of a given age group would not be reasonable. You can read their FAQ’s on senior driving by following this link.

Consumer Reports has compiled a list of cars having features to make driving safer for seniors like backup cameras, blind spot indicators and, in some cases, controls with larger buttons. While not a replacement for safe driving ability these features can assist with awareness of the environment.