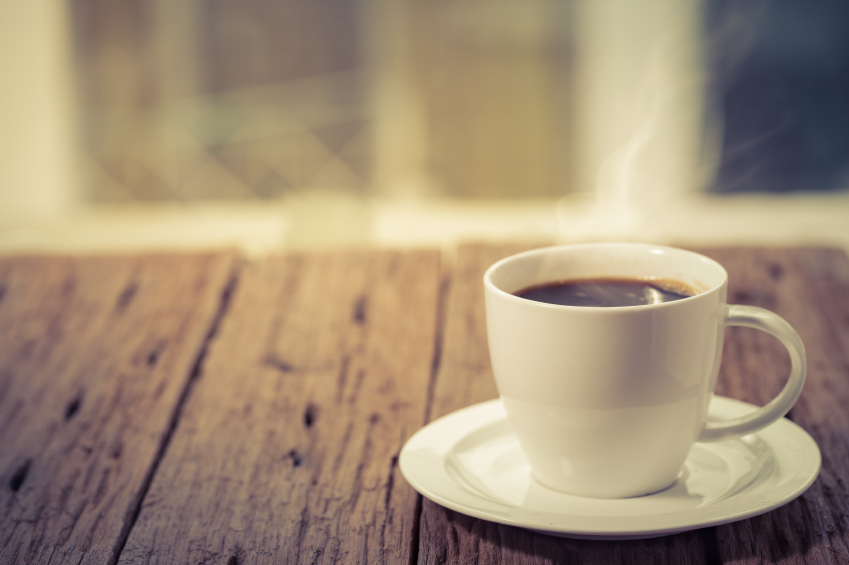 Coffee, one of the most consumed beverages in the world, fluctuates from getting a bad reputation for it’s caffeine content to being touted as a powerful health-enhancing antioxidant. But recent studies have found that the caffeine found in coffee may lower the risk for developing Parkinson’s Disease.

It may seem counter-intuitive that caffeine, which can cause jitters in high consumption, could be beneficial in lowering the risk of Parkinson’s, a disease known for it’s hallmark tremors. But new research has found it may lower the chances of developing PD in those with a high genetic risk. Moderate coffee consumption has also been shown to reduce the risk for type 2 diabetes, Alzheimer’s disease, heart disease, gallstones, colon cancer and can improve cognition, memory.  It may also protect the liver from damage in those at high risk for liver disease.  Too much caffeine however, can increase heart rate, raise blood pressure, cause insomnia and in some cases result in an irregular heartbeat.

The Chinese caffeine study, published in Scientific Reports, followed 378 patients with a high genetic risk for Parkinson’s disease as well as a control group of 434 with low risk.  Analysis of data collected in the study found that non-caffeine drinkers were at a 15 times greater risk for developing PD compared with a 3 times increased risk for caffeine consumers when compared with their low-risk peers.  Researchers reported that their findings could lead to preventative therapies for individuals at high genetic risk for developing Parkinson’s Disease.  The study also included the consumption of black and green tea as well as coffee as a source of caffeine.

It is recommended that caffeine consumption be spread out over the course of the day. Instead of drinking two 8 ounce cups first thing in the morning, it is better to drink 2 to 4 ounces at regular intervals.  According to the Mayo Clinic, up to 400 milligrams of caffeine a day is safe for most adults; that’s about four cups of brewed coffee.  But some people are more sensitive to the effects of caffeine than other so watch for side effects including restlessness, stomach upset, racing heartbeat or muscle tremor and cut back accordingly.  Talk with your doctor if any negative symptoms persist and check with your pharmacist for any possible drug interactions.