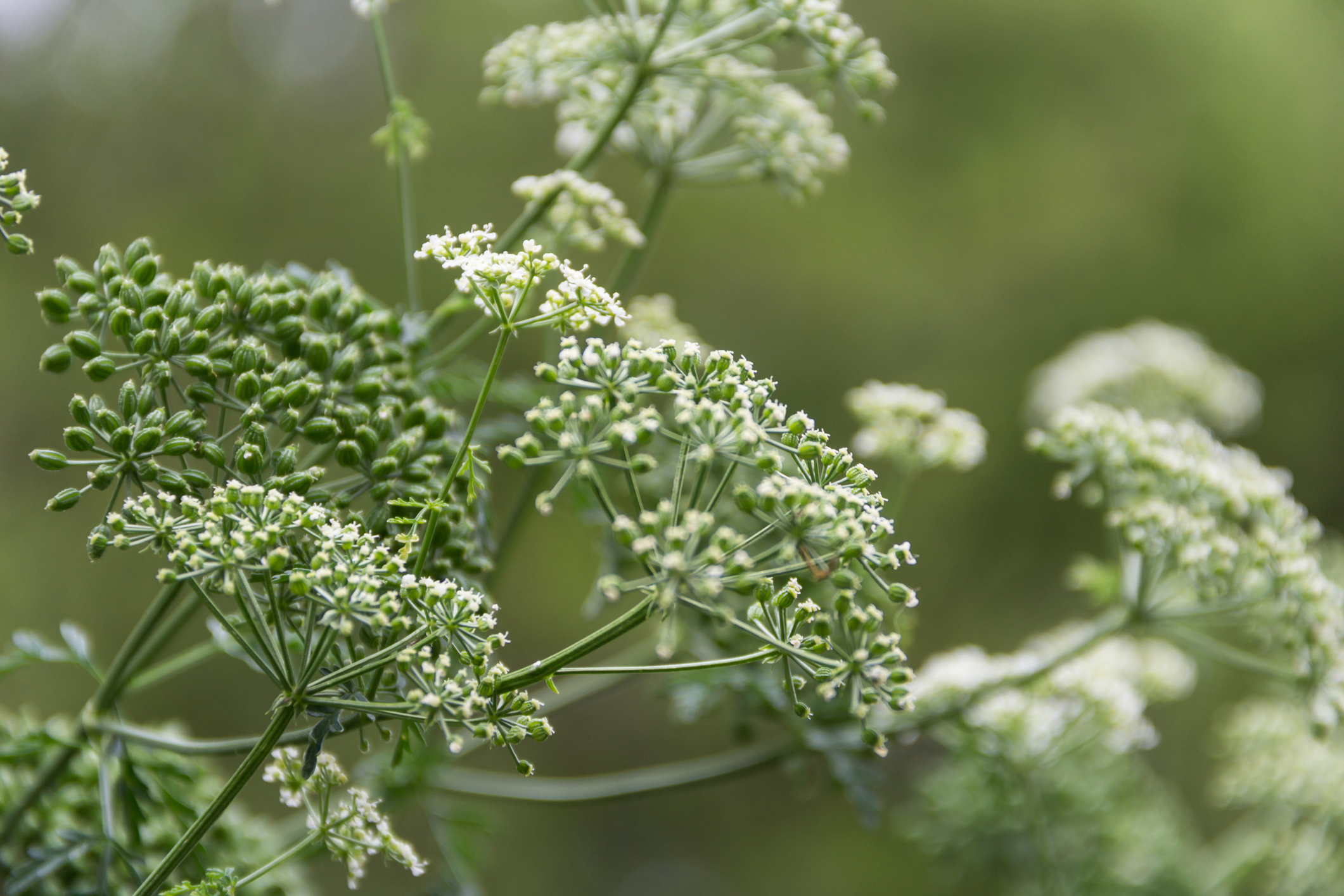 Warmer days, a little sunshine, and a good rain have done wonders for bringing plants and trees back to life.  But along with budding flowers and branches, inevitably garden weeds will also be springing up in yards and along walking trails.  Before heading outdoors to clear a weedy patch, be careful about what plants you are handling – Hemlock, a poisonous, invasive plant is increasingly spreading across the U.S. and Europe.

According to a recent New York Post report, even without touching Hemlock, which is similar in appearance to Queen Ann’s lace, breathing in the plant’s toxic airborne particles can cause respiratory failure in otherwise healthy people.   The lacy white flowers of Hemlock ripen between June and August and the seeds spread easily – which makes it important to dispose of the plant by carefully clipping and bagging flowers while wearing a face mask, goggles, gloves, and long sleeves and pants.  Never use a weed clipper or chainsaw to cut the plants.  The safest bet is to use an herbicide to kill toxic plants.

Poison Hemlock contains highly toxic compounds that can cause respiratory failure and death if ingested or aerosolized particles are inhaled.  The entire plant is toxic and can be identified by its purple stems and white lacy flowers.  Breathing in Hemlock particles can cause a rare and life-threatening alveolar hemorrhage which can cause blood to fill the air sacs in the lungs.

A recent case was reported by Good Housekeeping involving an Ohio man who, after cleaning up his garden over the weekend last Spring, experienced severe respiratory problems he initially thought could be coronavirus symptoms.  Within days he was admitted to hospital and moved to ICU where he remained for more than a month, narrowly escaping death.  He had been clearing what was later discovered to be poisonous Hemlock with an electric chainsaw in his back garden for the curbside brush pick up the following week.

There are many other poisonous plants that are common in the Western Hemisphere including Deadly Nightshade, Pokeweed, Poison Oak, Jimson Weed, and Giant Hogweed.  Read more about what deadly plants may be lurking in your backyard by following this link to The Daily Gardener website.