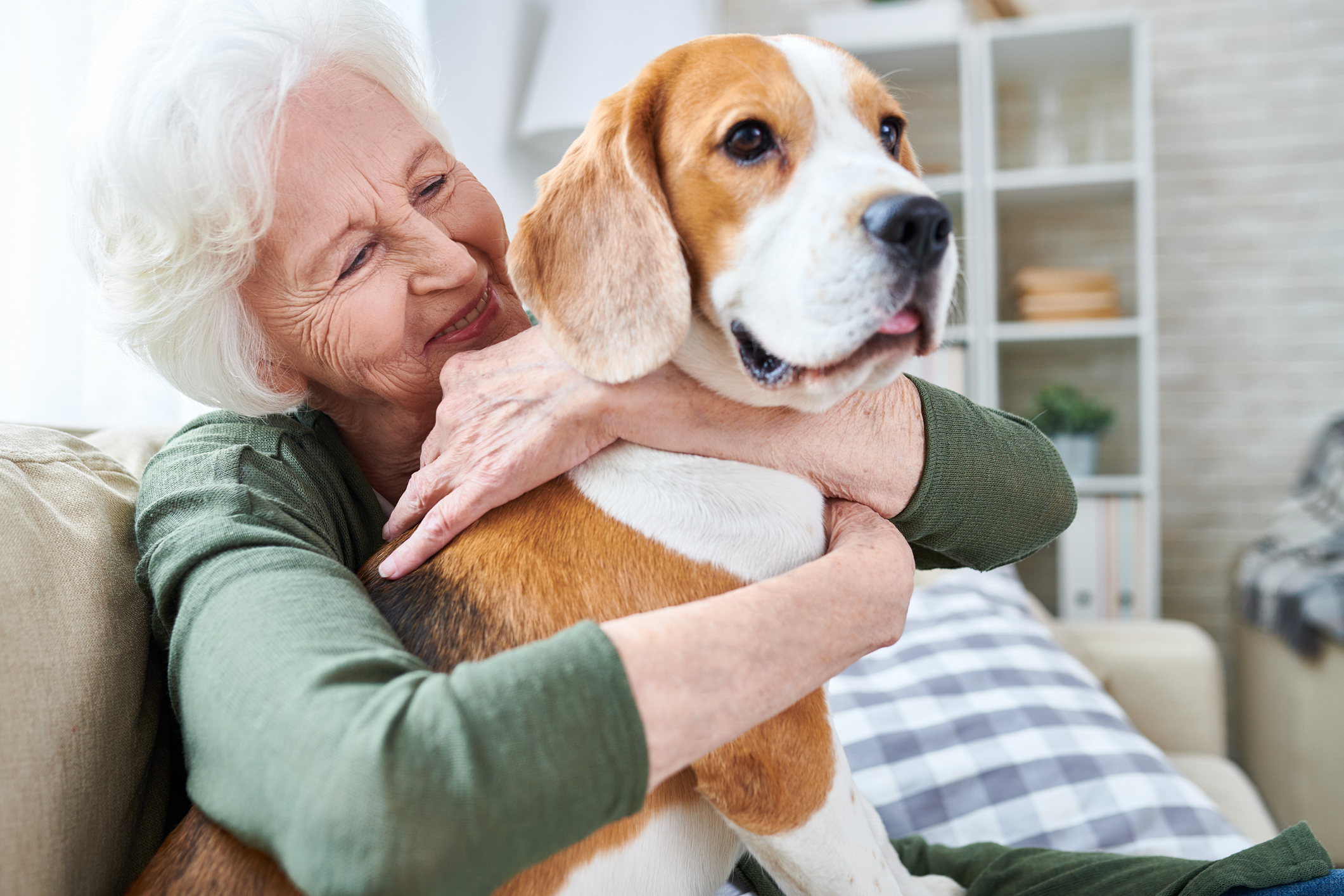 A canine companion has many similarities to ourselves, in personality, habits, and in the stages of life.  Researchers are learning more about how dogs age and there are a number of ways that understanding how the DNA of dogs changes as they grow into old age can help people better understand their own journey.  Perhaps even how to unlock a longer, healthier life for dogs and their humans.

According to a recent New York Times article, researchers have found that like humans, dogs’ personalities mellow over time although some canines and certain people are more calm right from the start, possessing what many would call an “old soul”.  The conventional calculation that dogs age a rate of seven years for every one human year isn’t accurate, as discovered by scientists who compared an aging Labrador retriever with an aging Tom Hanks.

This change in the way to calculate dog years in human terms is linked with patterns of chemical changes in DNA (methylation).  This process changes how active the content of genes are at different stages of life.  Because dogs suffer from many of the same ailments associated with aging as humans such as arthritis, obesity, and diabetes, research into dog aging could lead to a greater understanding of why some people age better than others.

Because dogs age at a much faster rate than people, studying a dog’s lifespan can give us valuable information in a shorter timeframe, helping to gain insight into the mechanisms that contribute to healthy aging.   For example, dog research subjects that had more mature personalities from a very young age appear to change less as they age, a trait also found in humans.  More mellow, easy-going people and dogs appear to experience less dramatic changes in behavior and function as they grow older.

Because humans and their dogs share a similar home environment, the comparisons help researchers better understand what factors may contribute to a longer, healthier old age in people.

Learn more about how studying dogs can unlock the key to better aging, and perhaps nominate your dog to be included in the Dog Aging Project, here.