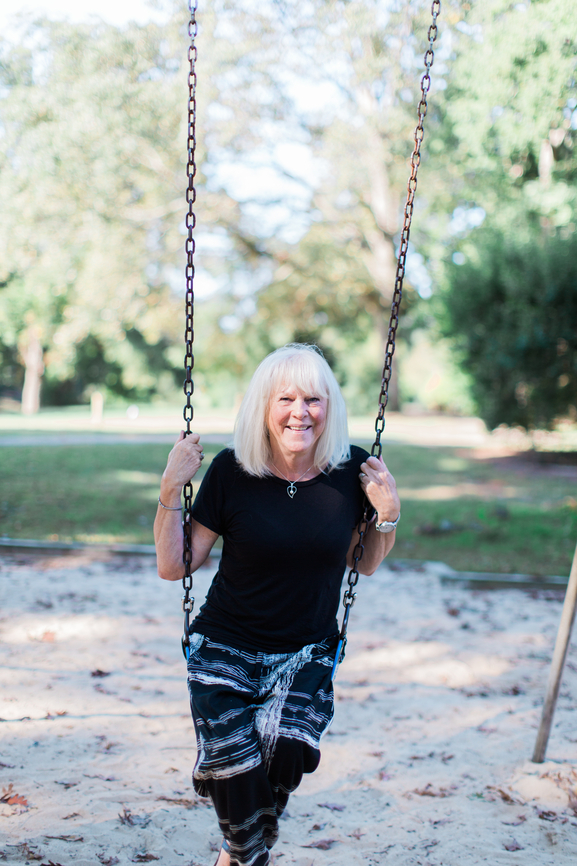 As a young woman, I always thought I would be one of those cool older gals who owned their gray hair while remaining fashionable and youthful later in life.  However, the gray started when my kids were still very young and I wasn’t ready to embrace the silver strands.  A decade later, I’m still not ready but on the other hand I don’t want to be one of those grandmothers who has jet black hair and can’t seem to color inside the lines of her own lips.  And so it begs the question; When is it time to go gray?

Men don’t seem to worry over a few gray hairs, it doesn’t lessen their appeal and most would agree that a few silver hairs is far better than a bad dye job or a comb-over.  Men today can be completely gray or bald while remaining Hollywood sex symbols.  Even Jon Bon Jovi is gray!

But mature women fight to stay youthful looking, spending countless hours and dollars on their hair alone.   There is also time and money invested in hair removal, makeup, manicures, pedicures and possibly even surgical or cosmetic procedures.  Women who don’t buy into all this maintenance are often chastised by their friends and family as “not taking care of themselves”.

It’s all well and good to make an effort to stay youthful but only the individual can look at themselves and decide when enough is enough.  Whether it’s financial or time constraints, some woman get to a certain age and say, “That’s it, I’m not going to color my hair any longer.”  To keep gray hair at bay can mean trips to the salon every three weeks and nothing looks worse than gray roots and dark hair (I know).

As a greater percentage of hair becomes silver or gray, many women will choose to go with a lighter shade and this can stretch the time between touch-ups.  A shorter, stylish cut can help pull off the transition period between coloring and going au naturel.  Once the gray has fully taken over, it’s important to re-think both makeup and clothing colours.  What once may have been flattering may not work with silver, salt and pepper or gray hair.  Red lips might need to be softened to a rose hue or a colorful scarf added to brighten up neutral attire.

Not all gray hair is created equal.  Some women have lovely, thick silver hair naturally.  Others, may have a more yellow tinge or a harsher gray.  Finding out what your shade of silver is by letting a swatch grow out that can be easily hidden may give you a clue as to whether or not the change to gray would be a good look.  There are modern treatments to reduce yellowing without ending up with blue or purple hair, although it would seem lilac is making a come-back.

Ultimately, it’s a personal decision.  Some day I may wake up and say, “I’m finished with all this”,  but it’s clearly not today because I just booked an appointment for next week and I’m obsessing over one little silver strand that is sticking straight up.  I wonder if I pluck it, will three more grow in it’s place?

Not Too Late to Join in a Sober October

The Simple Joys We Overlook

Mid-Life Crisis No Joke But Happiness Can Ret...