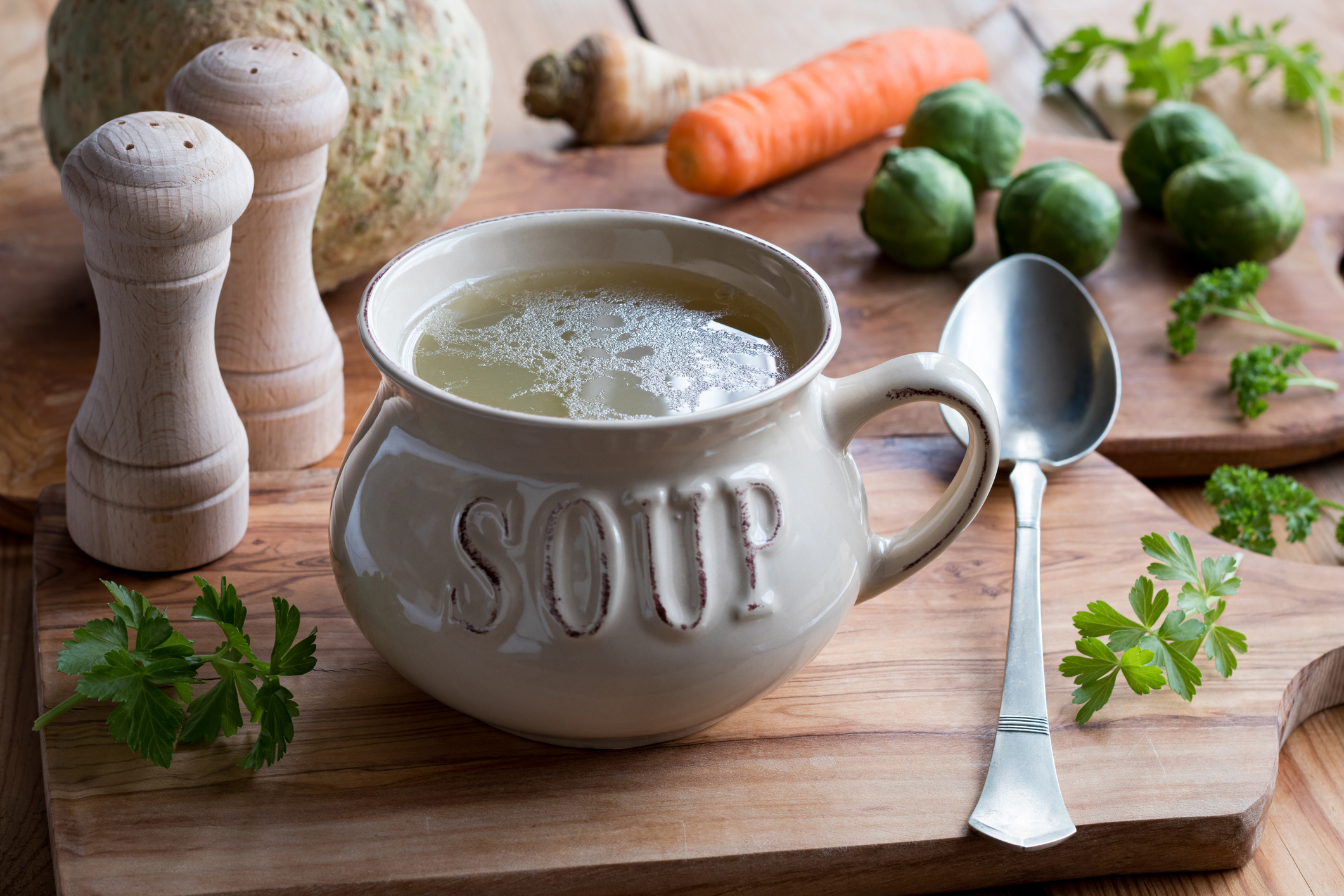 February has been a month of extreme weather shifts and for many, ice-covered roads are keeping people at home.  What better time to try a new recipe, maybe even give the bone broth diet trend a spin with a homemade soup?

Whether you are trying to stay slim with a Keto or Whole 30 diet, or simply interested in maintaining good health and physical function, bone broth has received a lot of attention lately as a food that may ease joint pain, reduce inflammation and improve gut health.  And a new study links ham bone peptides with cardiovascular protection and health.

According to a recent American Chemical Society press release, Spanish dry-cured ham bones have been studied as a source of collagen peptides that act as antioxidants.  During cooking and digestion, proteins from animal bones are broken down into smaller pieces called peptides.  Some of these peptides can block the activity of enzymes related to .  Research, published in the Journal of Agricultural and Food Chemistry, found that dry-cured ham bones released bioactive peptides after heating and simulated digestion, suggesting that the bones would have a positive effect on cardiovascular health if used to make broths, soups or stews.

Once again, a typical Mediterranean diet which often uses Spanish dry-cured ham bones as a base for broths, is linked with better cardiovascular health.   Yes, you can buy bone broth at Whole Foods or your local market but you can also make it at home if you have a little extra time.  Follow this link to Bon Appetite’s Techniques page for all the details.

Even if bone broth isn’t a cure-all, it is the basis of comfort food around the world.  And at the very least, the craze will hopefully encourage people to cook nutritious meals at home with family and friends more often.