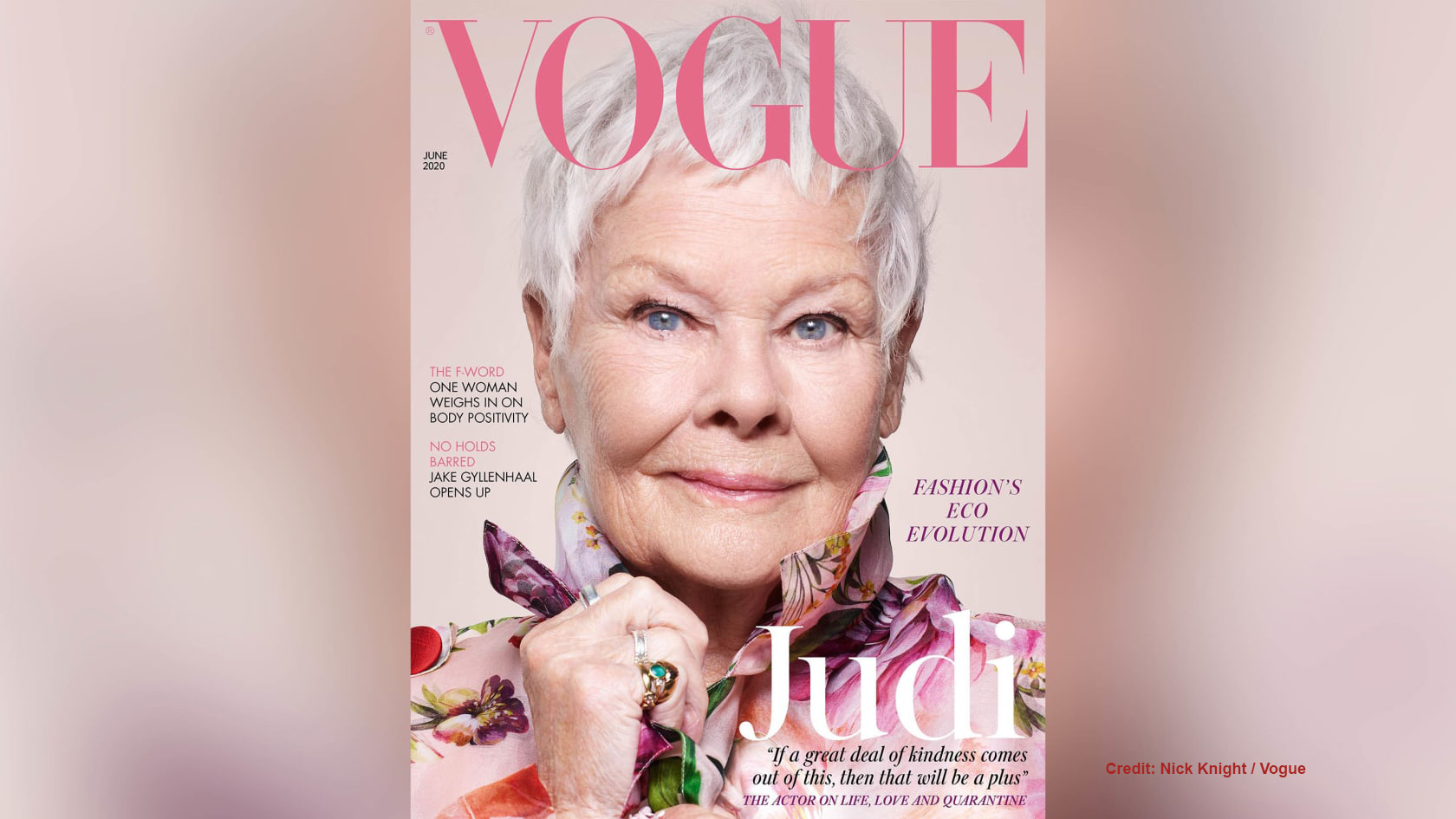 If ever someone proved the passage “You are not too old and it’s not too late” correct, it would be Oscar-winning actor Dame Judi Dench who at age 85, just became the world’s oldest person to be featured on the cover of British Vogue.  Until now, Jane Fonda was the magazine’s oldest cover star when she was featured in 2019 at the age of 81.

Dench is well known for her role as M in the James Bond franchise films and won the Academy Award for Best Supporting Actress in the 1998 period drama, Shakespeare In Love.  Dench began her acting career on stage in 1957 at the Old Vic Theatre in Liverpool playing Ophelia in Shakespeare’s Hamlet.

The June issue of British Vogue will be on newsstands and available for digital download May 7.  Dench was photographed for the issue in February and interviewed in late March, just prior to the British COVID-19 lockdown.  She is pictured on the cover shot wearing a pink floral Dolce & Gabbana coat and in a second photo inside, she wears a Giorgio Armani Privé coat and a Benedicte dress from La Collection.

Dench is isolating at her home in Surrey but still manages to entertain her fans with viral Tik Tok challenges performed with her grandson and recently shared a pubic service hand washing video with Gyles Brandreth; reciting the Owl and the Pussycat (and purring), to encourage proper hand hygiene during the pandemic.

Stay current on everything Judi Dench by following her on Instagram here.