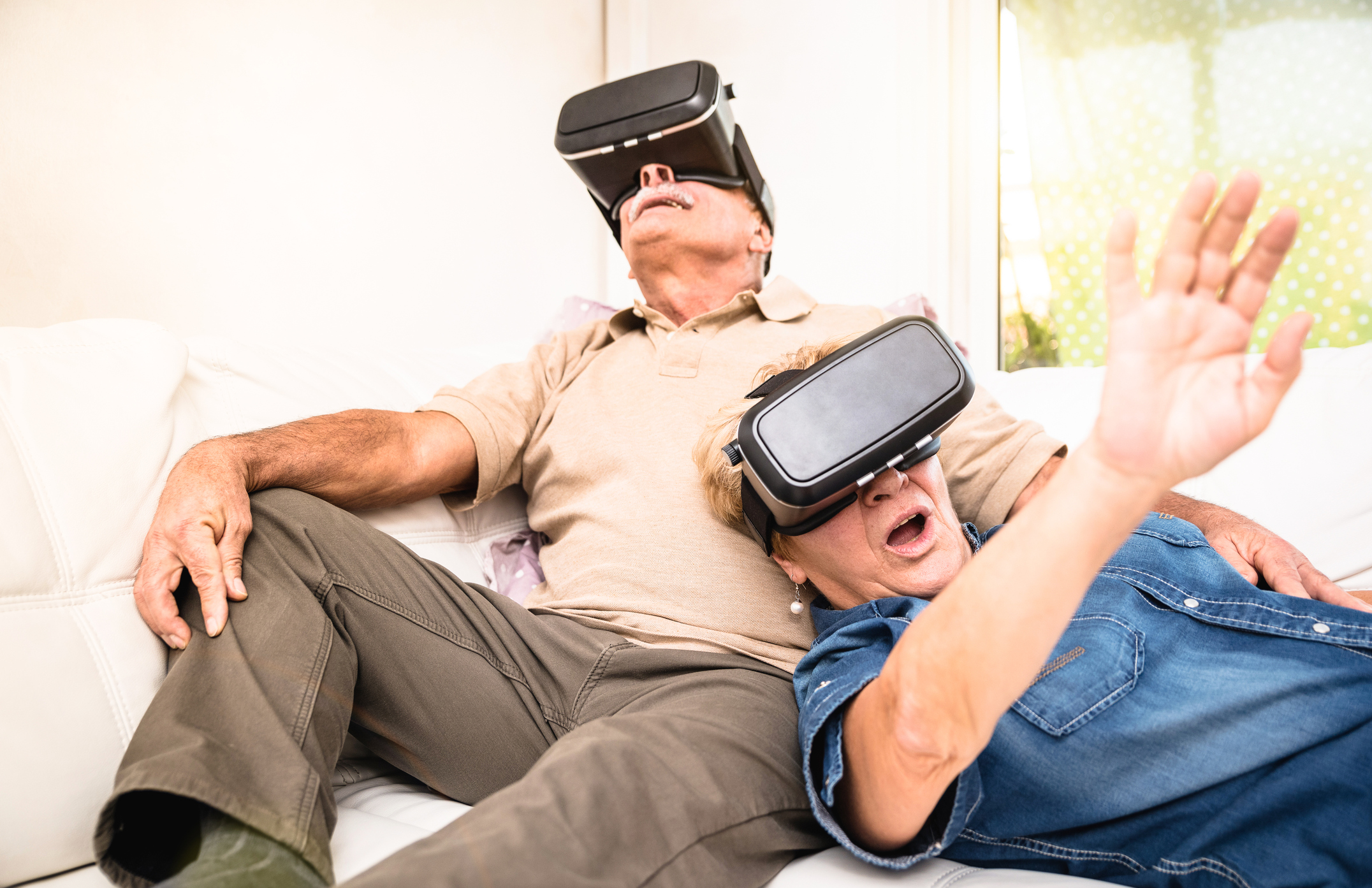 Alzheimer’s disease and other forms of dementia affect more than 5 million Americans today and by 2050, that number is expected to soar over 13 million as the aging baby boomer generation continues to reach retirement age and beyond.  This growing incidence of dementia in the population will mean that more and more families and long-term services will be charged with caring for an aging population with cognitive problems that affect memory, thinking, language, judgement and behavior.

But despite the many challenges people with dementia and their caregivers face, it’s important to remember that moments of joy can still be found even in situations of great adversity.   People with Alzheimer’s and other dementias often have difficulty with short term memory but their ability to recall events, people, places or music from long ago frequently remains intact.  Tapping into this vault of engrained distant memories, British researchers have embraced the use of virtual reality technology to help people with dementia find moments of joy and often spark a connection with family members or other caregivers.

Critics of the project have expressed concern that the videos which recreate happy and popular moments from the past will confuse patients with dementia, making their connection with reality more strained.  The WAYBACK App offers a series of videos that takes Brits back to memorable events like the Queen’s Coronation or transports them to a neighborhood street party complete with sing-a-longs to popular music from a by-gone era.

The videos can be viewed on a smartphone and watched through a Google Cardbox or watched on Youtube in 360 degree video.  To learn more about the WAYBACK, follow this link to the project’s website.

VR technology has also been used by an Australian-based company that specializes in virtual tours and photography.  Build VR has created five video experiences specifically for people with dementia that offer not only a distraction and a relief from boredom or disruptive behavior but a opportunity to experience travel or adventure patients had never been able to before.  Other options include video of animals, aquatic life or tranquil and relaxing scenes from nature.   Read more about how VR can improve the lives of people with dementia at TechRepublic.com .